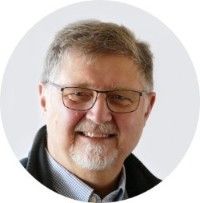 Ron has over twenty years of experience in the agriculture sector. Throughout his career, he held various senior-level positions, including vice president of operations at Agricore United. Ron started out in agricultural as a commercial farmer and later as a farm management specialist for the Province of Manitoba. He holds a Master of Science in Agricultural Economics from the University of Manitoba. Ron was CEO of iDE Canada from 2010 to 2013 and has served on the iDE Global board of directors.