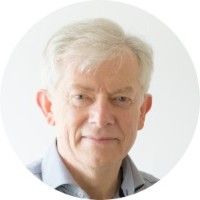 While studying at Mennonite Brethren Bible College in the early 80s, businessman and philanthropist Art DeFehr was a guest lecturer and exposed Gerry to the suffering of those living in developing nations. After graduation, Art, then UN high commissioner for refugees, invited Gerry to Somalia on an exploratory mission. Although he didn’t know where Somalia was, he agreed to come along.

The 15-month trip planted the seed for what would later become iDE. Revolutionary at the time, iDE combined international development and business principles to solve poverty. In 1982, Gerry was iDE’s first country director, leading the organization’s inaugural project in Somalia. Later, while working for iDE in Bangladesh, he learned about UN-sponsored factories that were making carpets for export. Wired for business, when he learned they needed help with sales, Gerry co-founded a private company called Kalora Interiors International where he remains president. Through business, Gerry continues to create transformation, positive change and remains committed to sharing his resources to empower others.