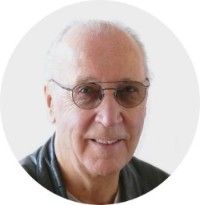 Art has over forty years of experience in business and international development. He served as founding president of iDE Canada for many years. He also served as director of the Mennonite Central Committee in Bangladesh, was founding chair of the Canadian Foodgrains Bank and has been involved in missions and programs for numerous agencies throughout Cambodia, Myanmar, Thailand, Ethiopia, Lithuania, Vietnam and Africa. Art was the United Nations high commissioner for refugees in Somalia from 1982 to 1983, then the second largest program of its kind, serving 400,000 refugees.

Art is CEO of Palliser Furniture, Canada’s largest home furnishings manufacturer, and has been involved with many entrepreneurial ventures. Art holds an MBA from Harvard Business School and has been awarded numerous honourary degrees and diplomas. Among his many accolades for business and international development, Art was appointed Officer of the Order of Canada in 2004 and Order of Manitoba in 2011.